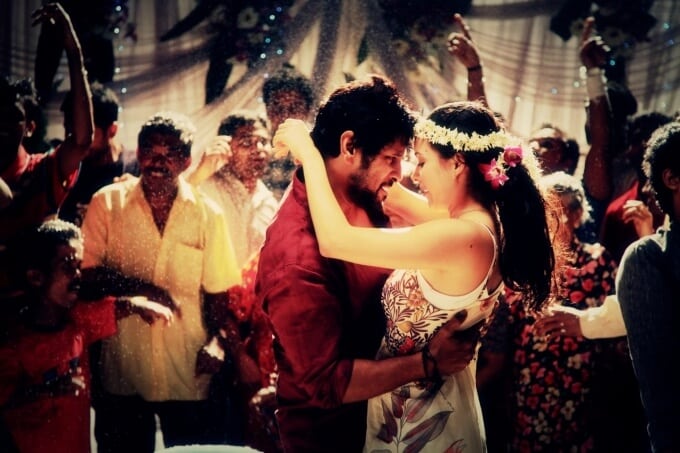 The movie is about two people name david ,one from mumbai(Jeeva) and other person from Goa(Vikram). David was a guitarist who’s dream is to become famous. His father is a protestant priest who do help for others. A Hindu politician in his locallity thinks that priest is trying to convert people to christianity . The politician sends people to attack the priest, and he becomes completely lost .

David try to assasinate this politician , by that time others had assasinated the politician. He escapes from their.

After 10 years it is showing a fisherman named David (Vikram) become in love with a deaf and mute girl . But her marriage is fixed with his friend . But his friend is marrying her for getting the boat as dowry from her father. David knows this and try to oppose this . But on the wedding day his friend informs that he is in real love for her and he is not marrying for dowry.

The priest who is setting up the wedding is the old guitarist David. He had came to Goa and became a priest. Both the David meets in the marriage and talks each other. This is the short story about the movie.